How to get that perfect confetti shot

I love confetti photos! They look great, guests always love the opportunity to cover the newly married couple in confetti and it’s a great way to get everyone involved all at once. Not to mention that confetti has been a long standing tradition for many years. Originally dating back to 1875, but more on that later!

Should you have confetti at your wedding?

If you are trying to make the decision about having confetti at your wedding or not. Personally I’d say YES! It’s one of my favourite photos to capture on the day as it makes a really great photo of the couple and if it’s done straight after the ceremony it can help to make your exit as a newly married couple an even bigger event! 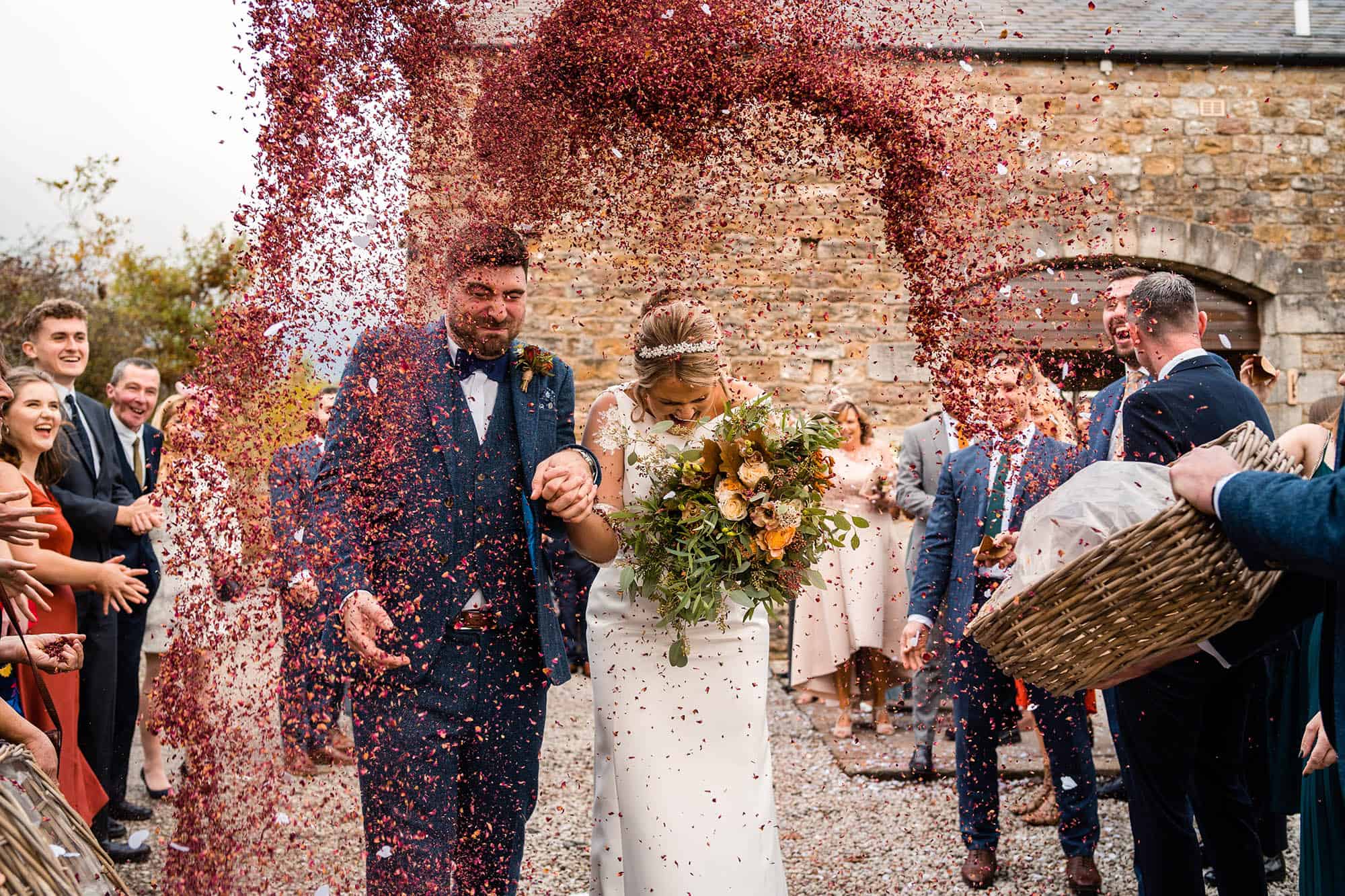 Check if it’s allowed at your venue

Some wedding venues have strict rules on allowing confetti. Sometimes it could be restriction on where it’s allowed in the grounds or it could be the type of confetti that is permitted. I have been to venues that don’t allow confetti at all although it’s pretty rare for it to be banned completely. I would say it’s best to check with your venue if they have rules as you don’t want to find out on the day that it’s not allowed. 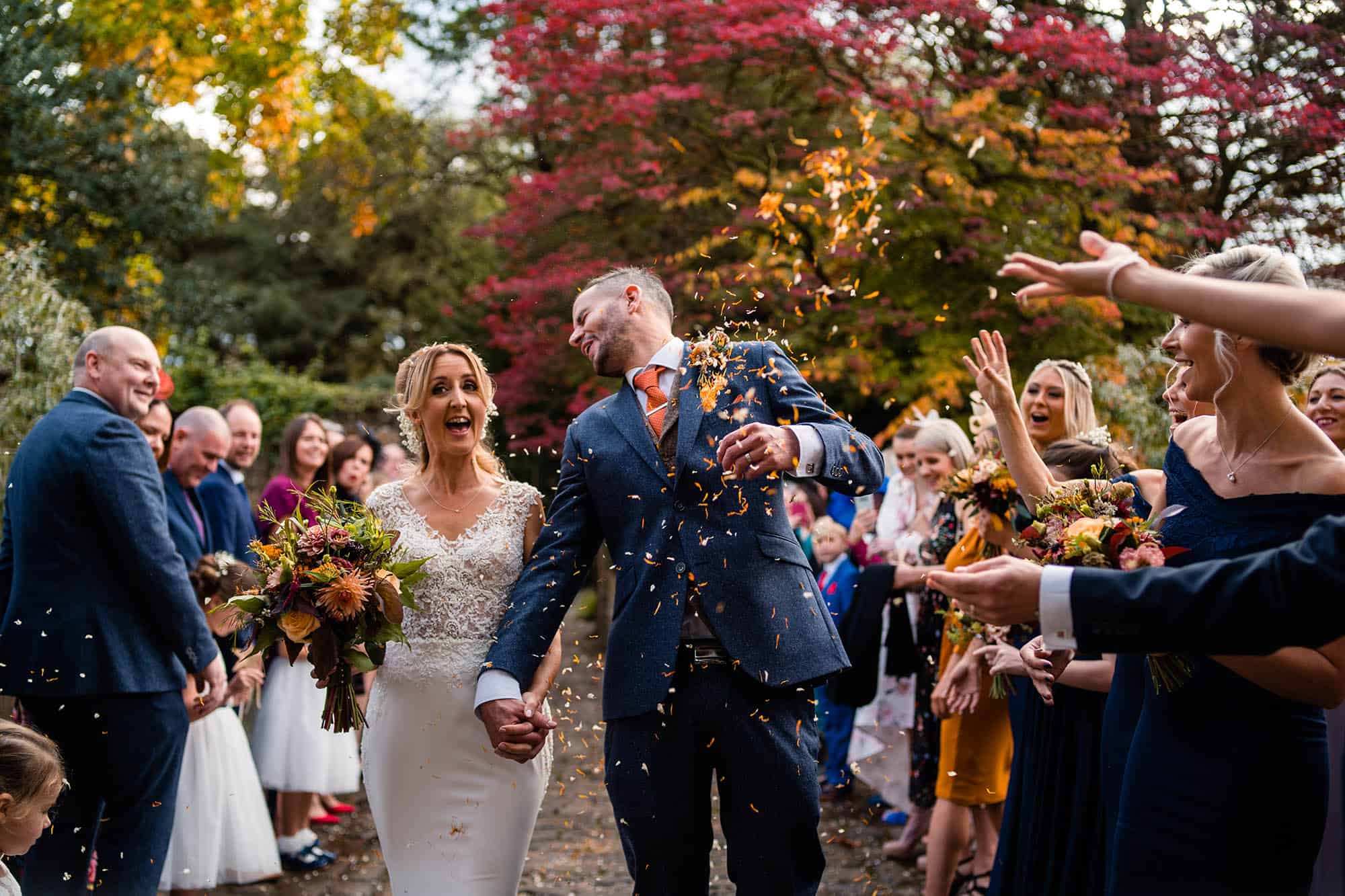 Get the good stuff

It’s no secret that weddings are expensive and buying cheap confetti could be one of the ways you try to save money. Personally though from my experience in photographing hundreds of confetti shots. The cheap stuff just doesn’t work as well compared to real dried petals or biodegradable paper confetti. Not to mention with the plastic based ones it’s not always great for the environment and can be a nightmare to clean up. 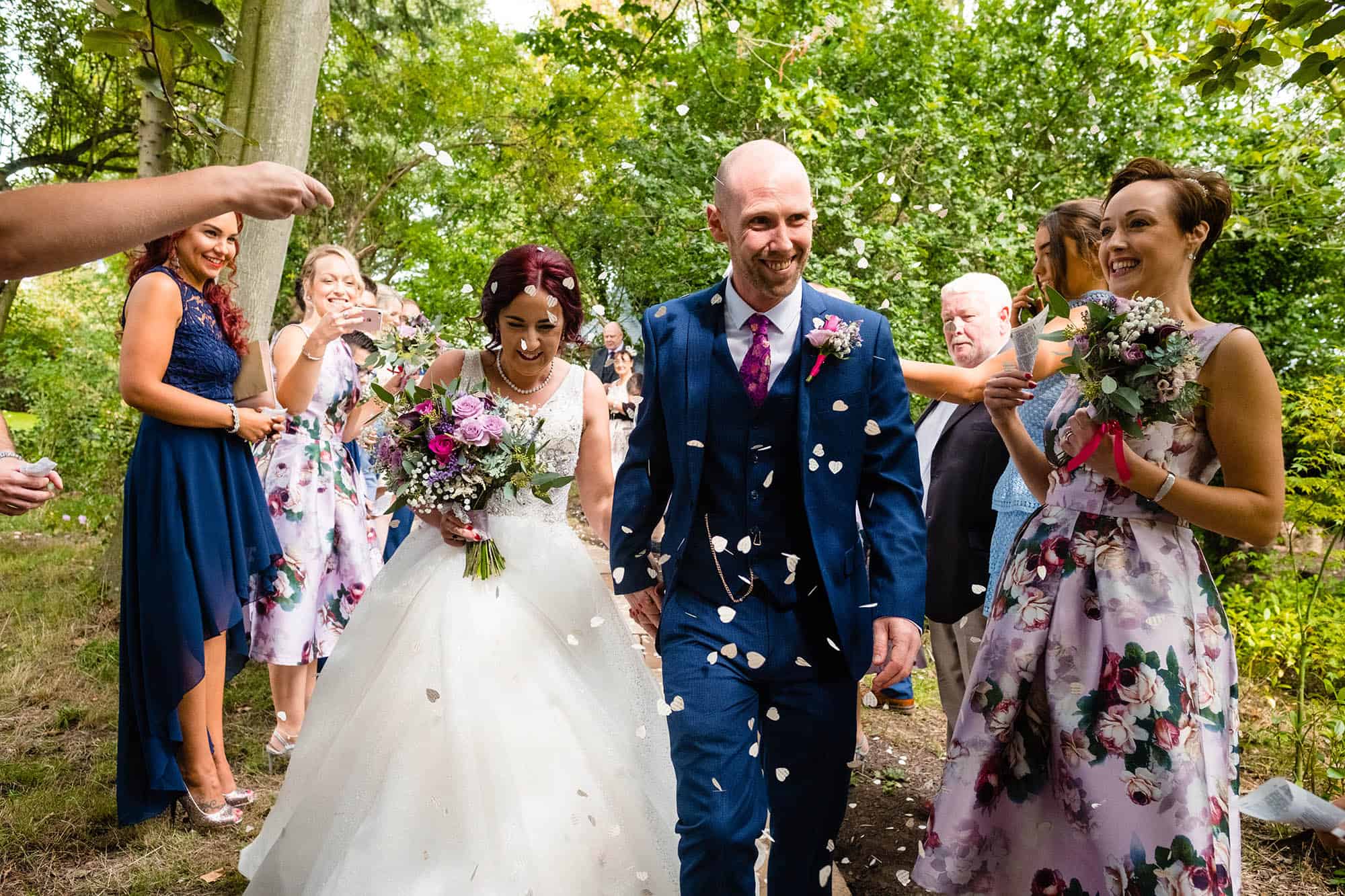 You don’t have to buy “confetti”

So following on from my previous point of trying to avoid cheap confetti. Especially the plastic ones. It doesn’t mean you need to spend a fortune if you don’t have the budget for some of the more luxurious petals. If you have a search online for dried petals sold as animal food. Dried rose petals sold as pet food can usually be found online much cheaper than places selling confetti. Of course if you want a specific colour or a mix of colours then you might be best having a look at places that do sell confetti as there can be lots to choose from. 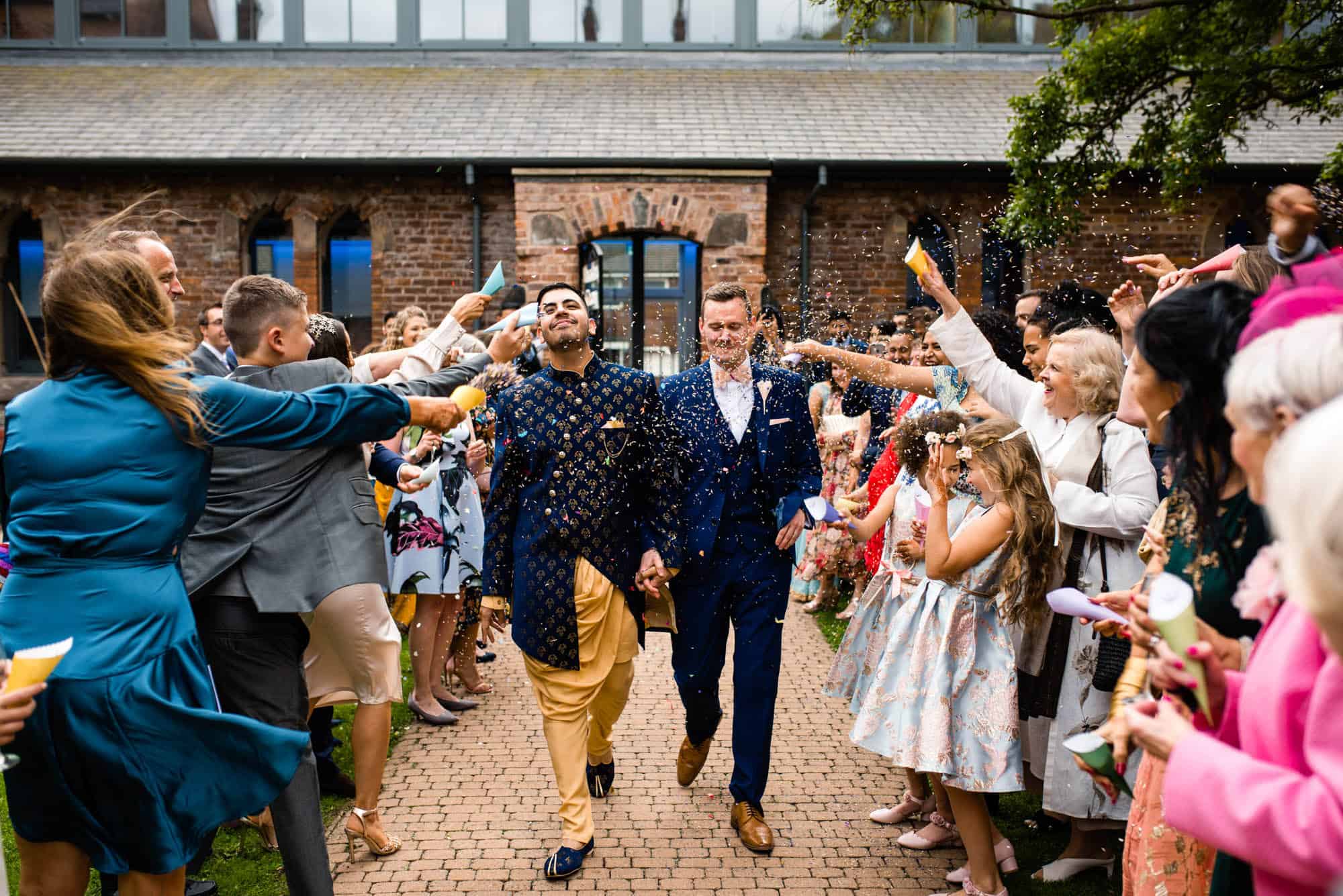 It’s not always the case with everything that more is better but when it comes to a really good confetti shot you really need to make sure you have plenty. Ideally you want all of your guests to be able to have a good handful or if you fancy you could make confetti cones to be passed around. 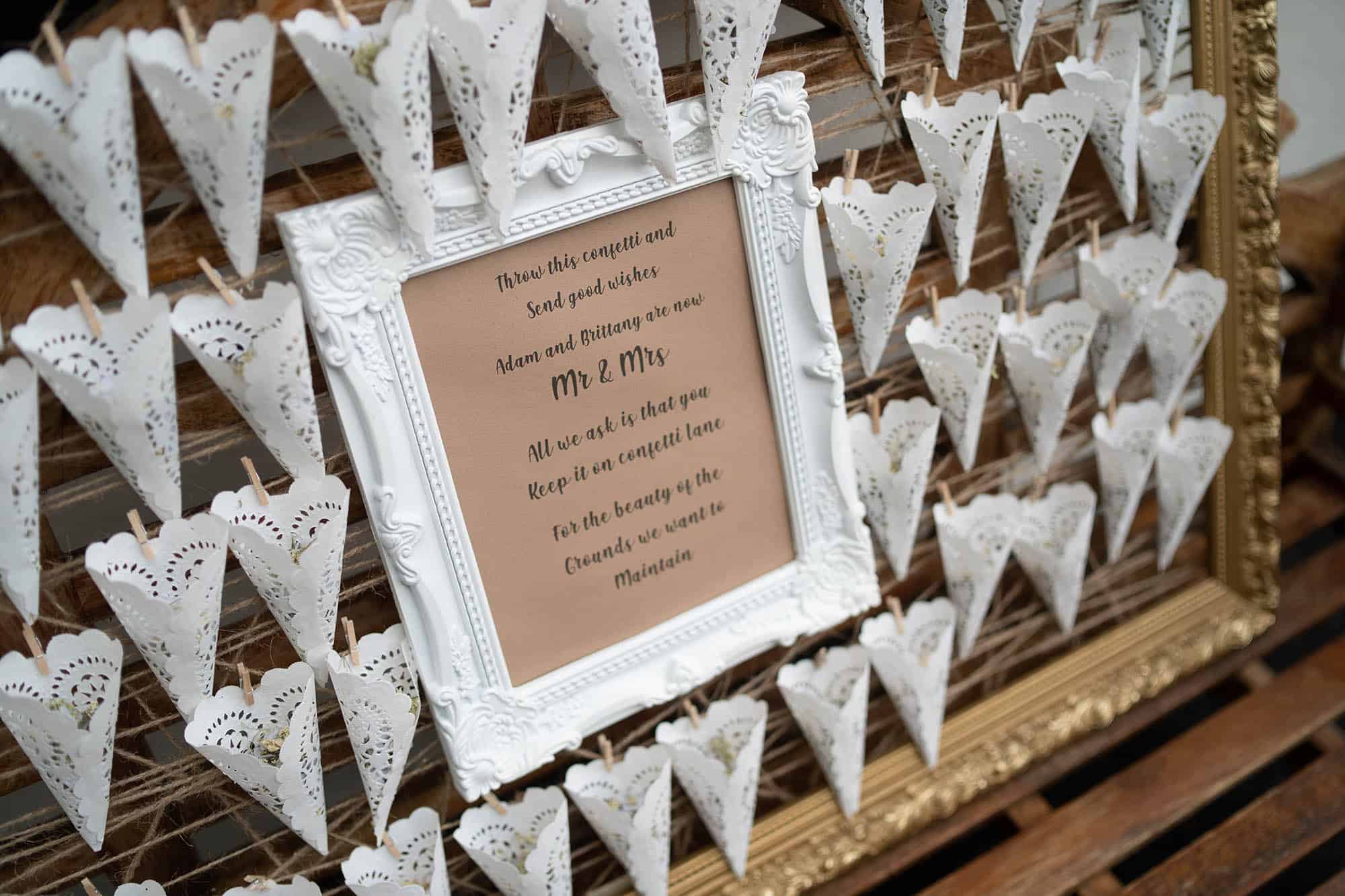 Plan for the weather and consider it inside

It’s certainly no secret that the UK can have unpredictable weather so it’s a good idea not to hitch all your plans on confetti being thrown outside. Of course you’d need to check with the venue first but I’ve photographed some gorgeous aisle exits where guests have thrown confetti as the couple walk out together. 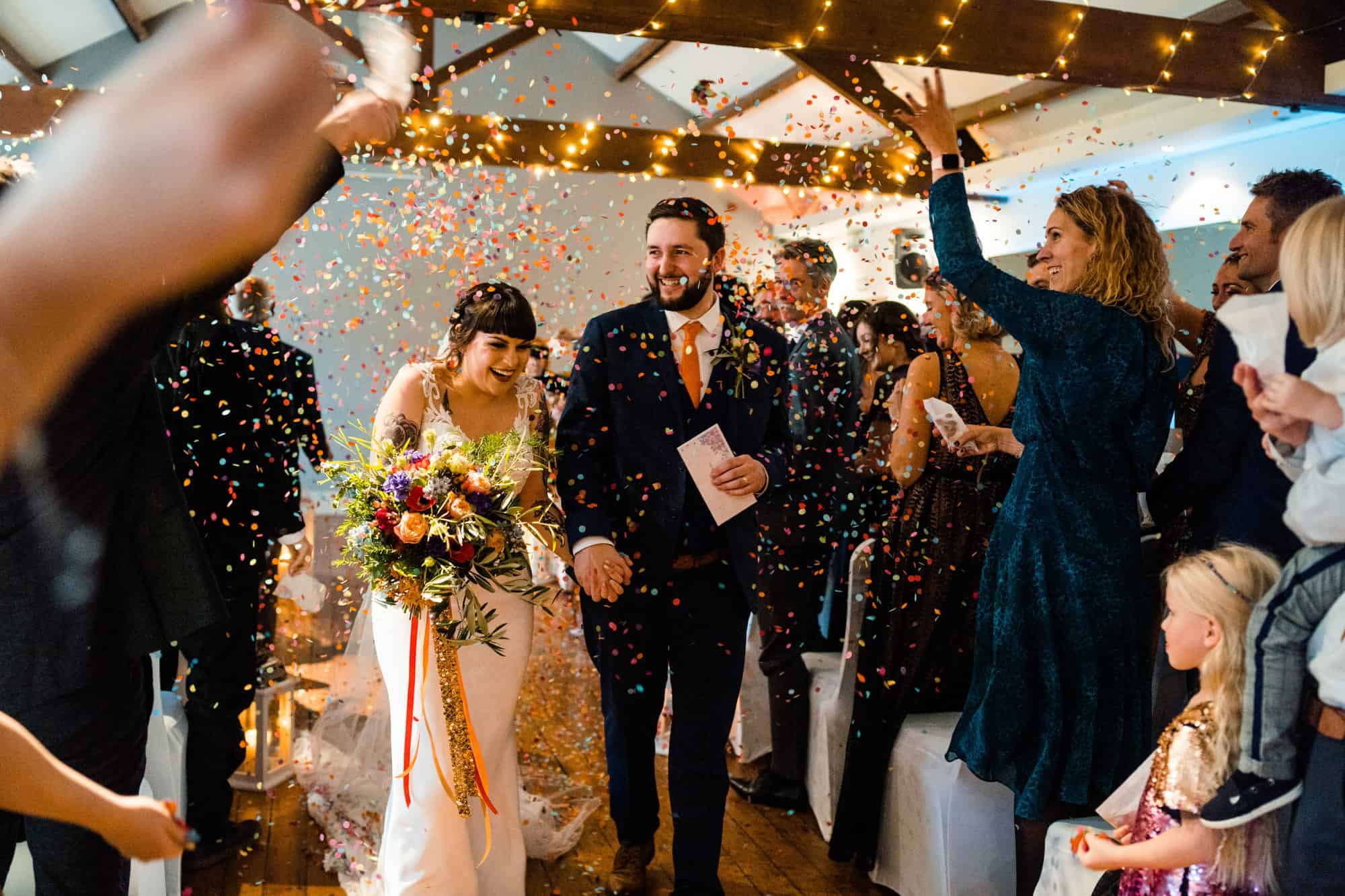 Pretty hard at times I won’t lie to you but as a photographer the last thing I want from a confetti shot is the couple hunched over and looking at the floor as confetti is thrown. Try your best to keep looking ahead and even smile as the confetti ends up in your mouth. It’s fun I promise 😉 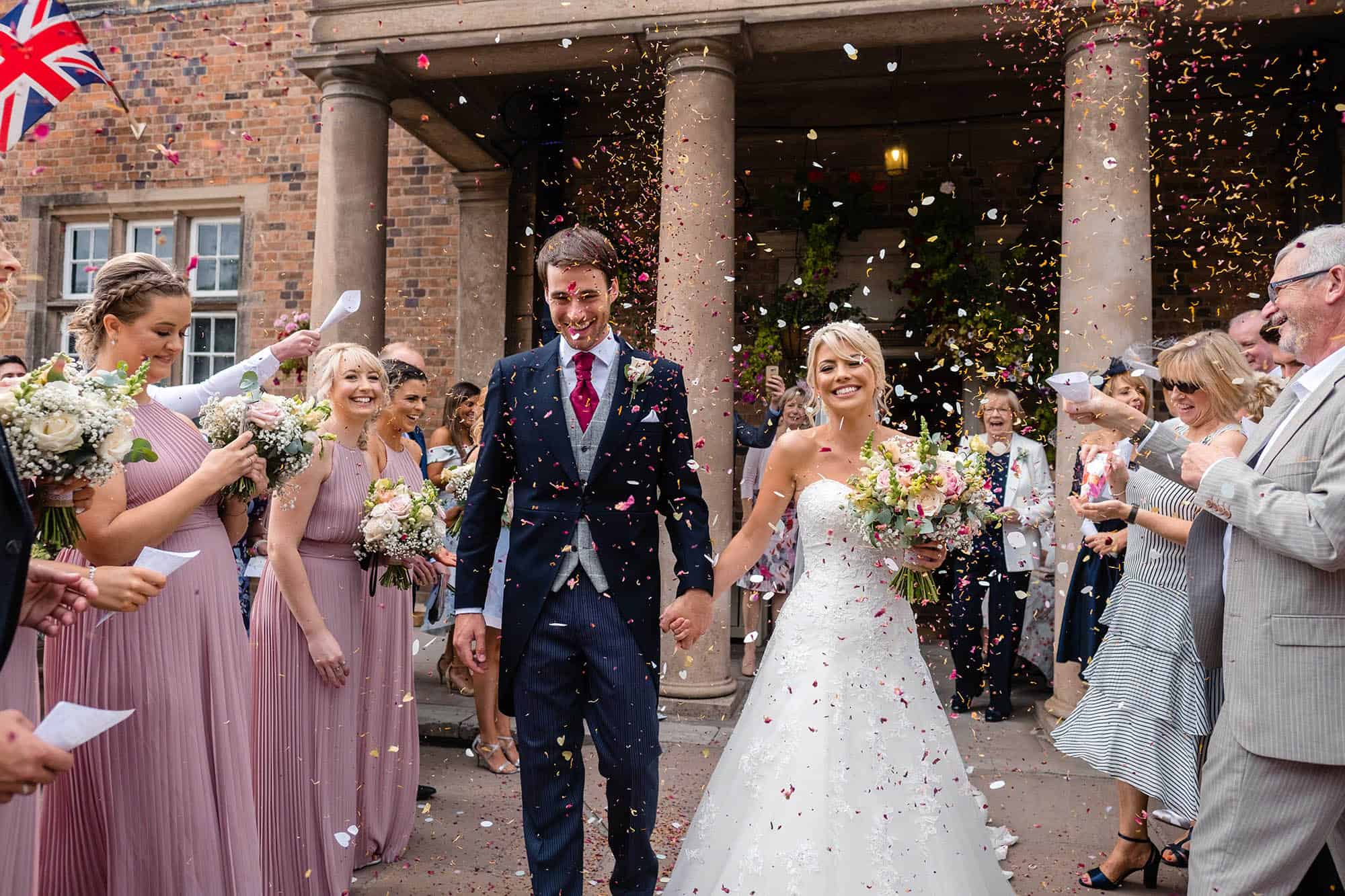